Now dear readers, have you heard of CODA? If not, why not, as they are celebrating their 75th anniversary this year. If yes, chances are you have enjoyed more than a few of their shows over the years, as The Croydon Operatic and Dramatic Association has been singing and dancing for Croydon since 1943. CODA is Croydon’s leading community theatre company and you name it they’ve performed it, from West Side Story, and The Railway Children, to The Wind In The Willows and A Midsummer Night’s Dream.

CODA is staging a rather spectacular musical cabaret next week at Braithwaite Hall to celebrate their three-quarters of a century. So if you haven’t seen one of their shows yet now’s your chance. Expect a medley of musical hits from the classics of Gilbert and Sullivan to modern hits such as the Little Shop Of Horrors. Called Spectacular Spectacular the show runs from next wednesday, 7 to saturday 10 November, and you can get yourself a ticket here.

We wanted to find out a bit more about the theatre company’s story so we caught up with CODA stalwart Michael Hall to hear more. 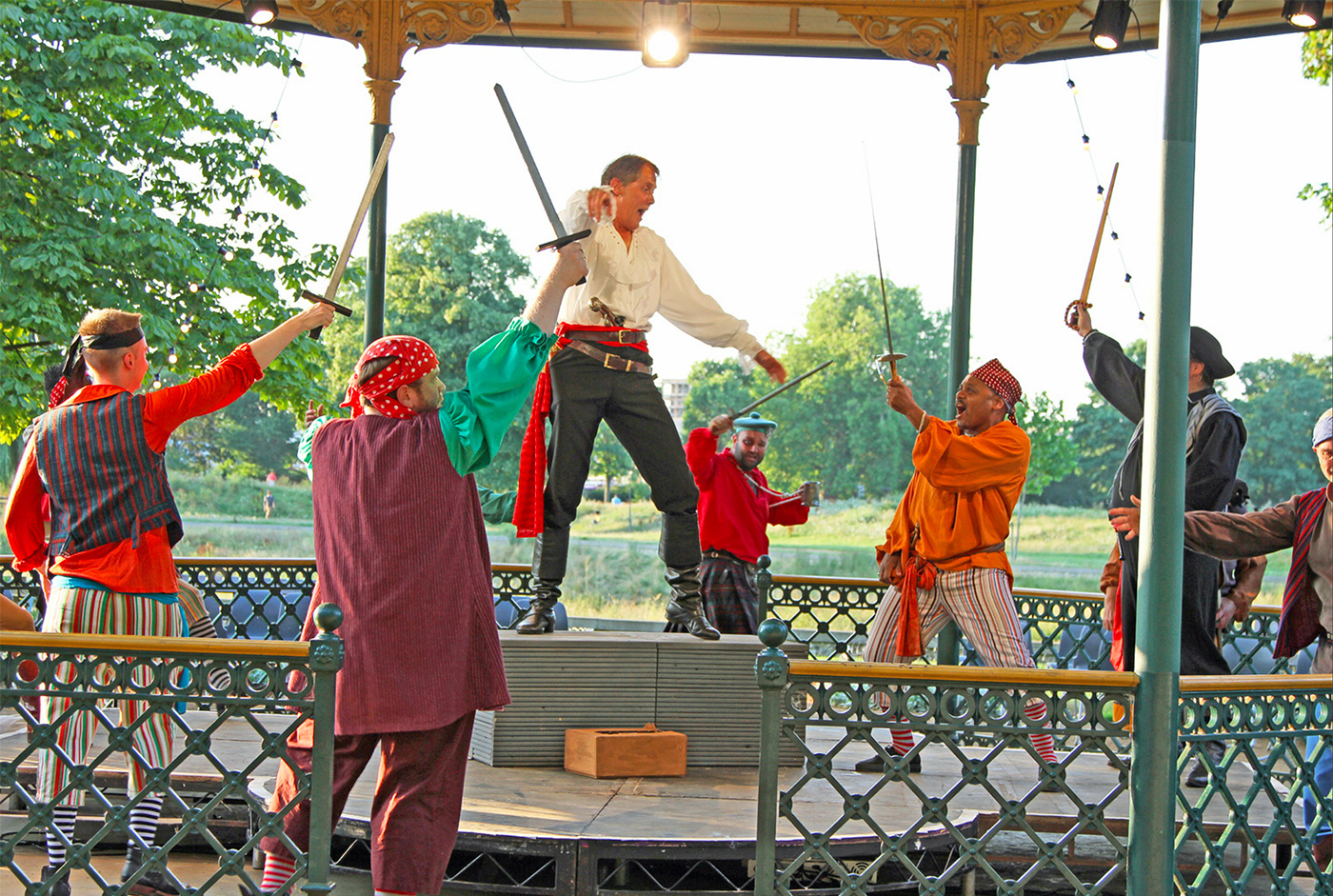 Croydonist: How many people are currently part of CODA?

Michael: There are currently 52 members.

Croydonist: Can you tell us a bit more about how CODA works?

Michael: The Society is run by a committee of three, organising the administration and finances, and appointing a team for each production. Each show has a production team involving a director, production manager, and others taking on responsibilities such as publicity, stage management and technical management (such as set design, costume, props and lighting). In the two or three months up to a production, we would tend to rehearse for two evenings a week, with Sunday rehearsals in the last few weeks before show week.

Croydonist: How many productions have CODA performed in the last 75 years?

Michael: The best list we have is 196 musicals, plays and operettas. I don’t think anyone knows the true number!

Croydonist: Could you tell us about a few of the shows that stand out for you?

Michael: The most joyous time I have had was directing The Railway Children in 2013. The cast (from the youngsters playing Bobbie, Peter and Phyllis and the other children of the village, to the adults – both experienced and newcomers to CODA and acting) were a delight, and the moving, funny and adventurous story was everything I could have wanted it to be, and more!  As treasurer at the time, I was also delighted that most of the performances sold out.

I also loved doing Crazy For You, which was my first big musical with CODA at the Ashcroft in 2007. I’d never thought that I could do half the dancing I ended up doing, but – as the song goes – I Got Rhythm! Just not much style or stamina. Indeed, one cast member asked me if I was dancing in CODA’s next show. “No,” I said. “Oh, that’s a shame. Your dancing always makes me laugh!”

I really enjoyed playing the comedy and the drama of Abigail’s Party in 2011, with the cringing of a disastrous social evening so good to portray. And our first show at the Wandle Park bandstand was a really memorable A Midsummer Night’s Dream in 2013, where I played Bottom. The setting was absolutely enchanting, even though the logistics of an outside production (and even whether Croydon would take to Shakespeare) were unknown. To have the audience laughing at the antics of the Mechanicals and swept away in Shakespeare’s immortal lines about the foolishness of love as the sun set was quite something.

Michael: I think that has been lost in the mists of time! But the first production was Merrie England, which is an operetta set in Elizabethan England, and one which is very rarely performed today. It must have been a success for CODA, as the company performed it in 1943, 1948 and 1967. 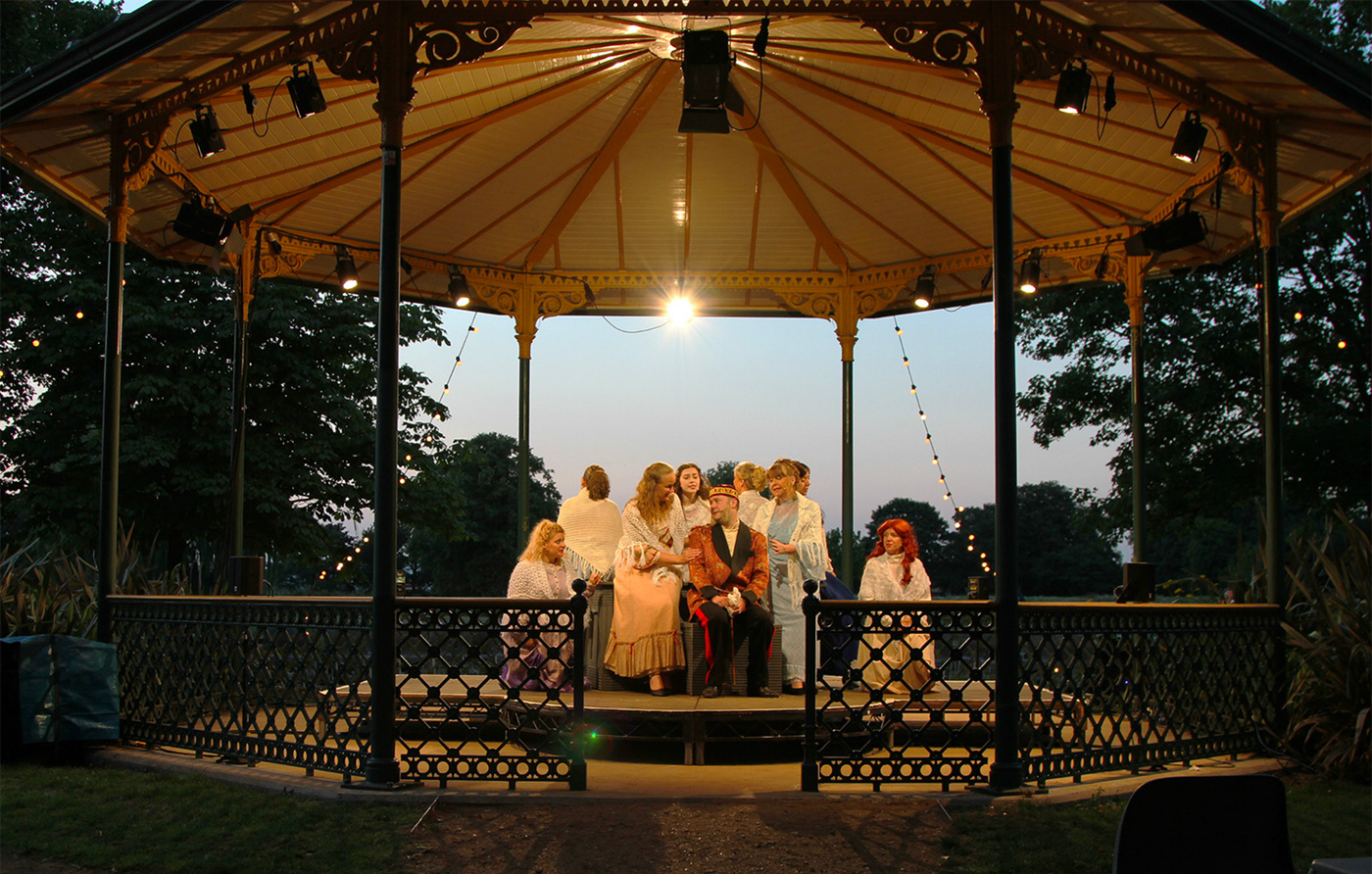 Michael: Out of the current membership, we have two young ladies who joined in the late 70s, and are still regularly performing.

Croydonist: What are the biggest changes CODA has seen in theatre in the last 75 years?

Michael: I have been told that CODA had a council grant years ago. Unthinkable now! There have been big changes in the repertoire, with a move away from operettas and into musicals since the 1970s (not that The Pirates of Penzance wasn’t a HUGE bunch of fun last year). The internet has meant that there can be a wider awareness of what we are doing, but also what many other nearby societies are doing, and members are often able to audition for the shows they want to try out for with different companies.

Croydonist: Have you had any members who have become famous?

Michael: Nigel Harman (aka Dennis from Eastenders) was in our production of Oliver many moons ago. More recently former members Paul Kemble and Adam Pettigrew have performed in the West End. Matt Morgan is also now a professional, appearing on television and in theatre. 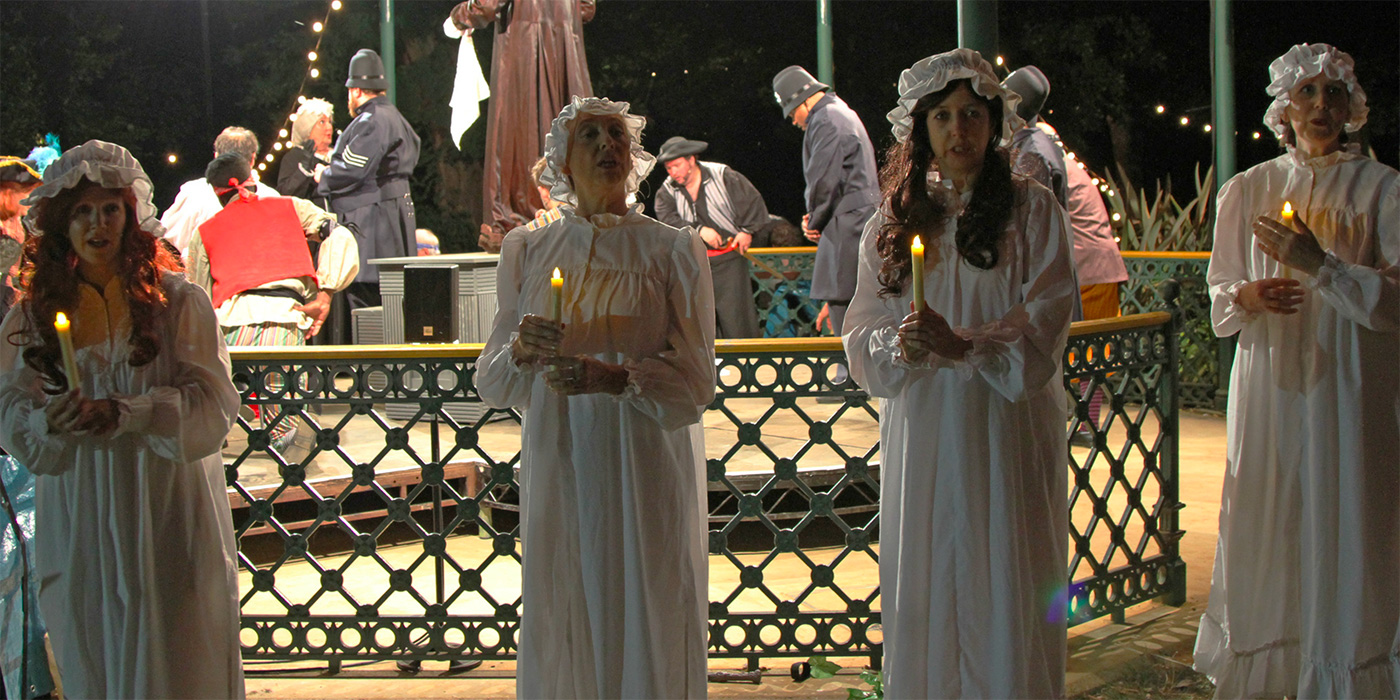 Croydonist: How many venues has CODA performed in over the years?

Michael: Apart from the Ashcroft Theatre and Concert Hall at the Fairfield Halls, in my 11 years we have also performed at Caterham School, the Stanley Halls in South Norwood, the Charles Cryer Theatre in Carshalton, Selsdon Hall, Royal Russell School, and memorably Wandle Park for the last five years.

Croydonist: I know some of our readers will have seen you perform at the Ashcroft and Wandle Park – what’s been the quirkiest place you’ve performed?

Michael: While there have been plenty of Old Time Music Halls in creaky halls, golf clubs and even in Croydon Airport once, nothing will quite compare to representing Croydon on the back of a lorry in the London New Year’s Day Parade this year. Thousands of people were cheering us as we went chugged through central London dressed as fairy-tale princes and princesses (in our thermals – it was a cold 1st of January) singing Disney songs. The policemen outside 10 Downing Street knew all the words to Let It Go!

Croydonist: Will you be based at the Fairfield again when it reopens?

Michael: Yes, there are plans afoot for a return to the Fairfield in 2019. I can’t talk about them yet, but I’m sure all will be revealed soon by the chairman. 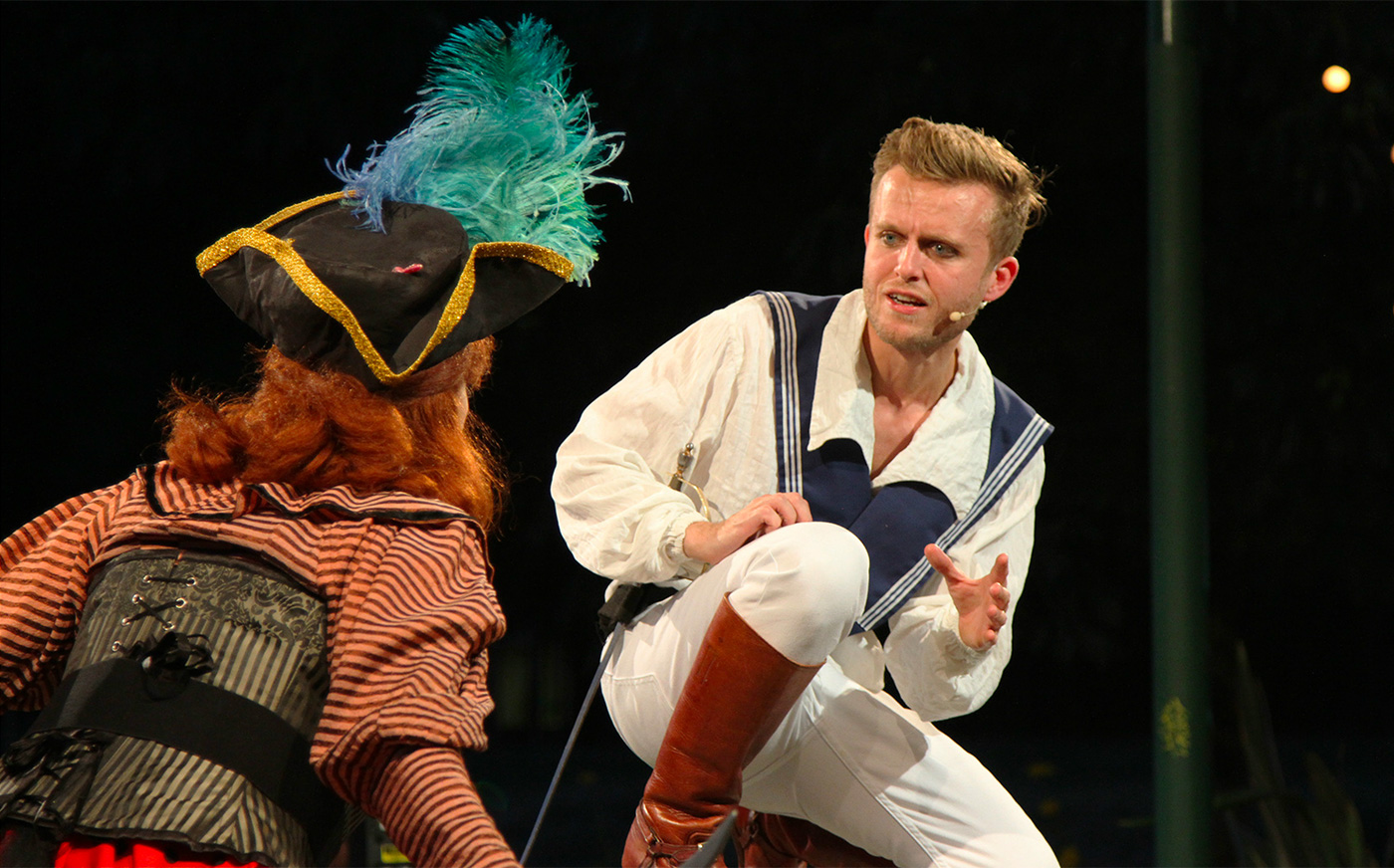 Croydonist: What are you particularly looking forward to about Spectacular Spectacular?

Michael: It’s great being able to do a fun celebration of a show, with such a wide variety of songs, which old and young will all enjoy. I love the arrangement of You’ll Never Walk Alone we’re all doing, and being able to perform the solo in the famous “Modern Major General” song is a delight.

Croydonist: Are you still taking new CODA members and if so how would our readers go about joining?

Michael: Yes, CODA regularly has auditions for new members, and we always welcome anyone to audition for membership, whether experienced or this is the first time someone has been on stage. Members who want to join in musicals can perform a song of their choice and a monologue, and maybe do a step or two of choreography. Ha ha: I mean “movement”.  Members who would only be interested in joining in the drama can perform the monologue. Anyone who would want to join, please contact our secretary Sarah at secretary@codashows.co.uk for details. We are also always looking for backstage members too!

Croydonist: After your anniversary celebrations what’s next for CODA in 2019?

Michael: CODA are excited to be planning three shows for 2019. We have been in lots of discussions with various venues including the Fairfield Halls and will be announcing our plans very soon. Stay tuned to www.codashows.co.uk 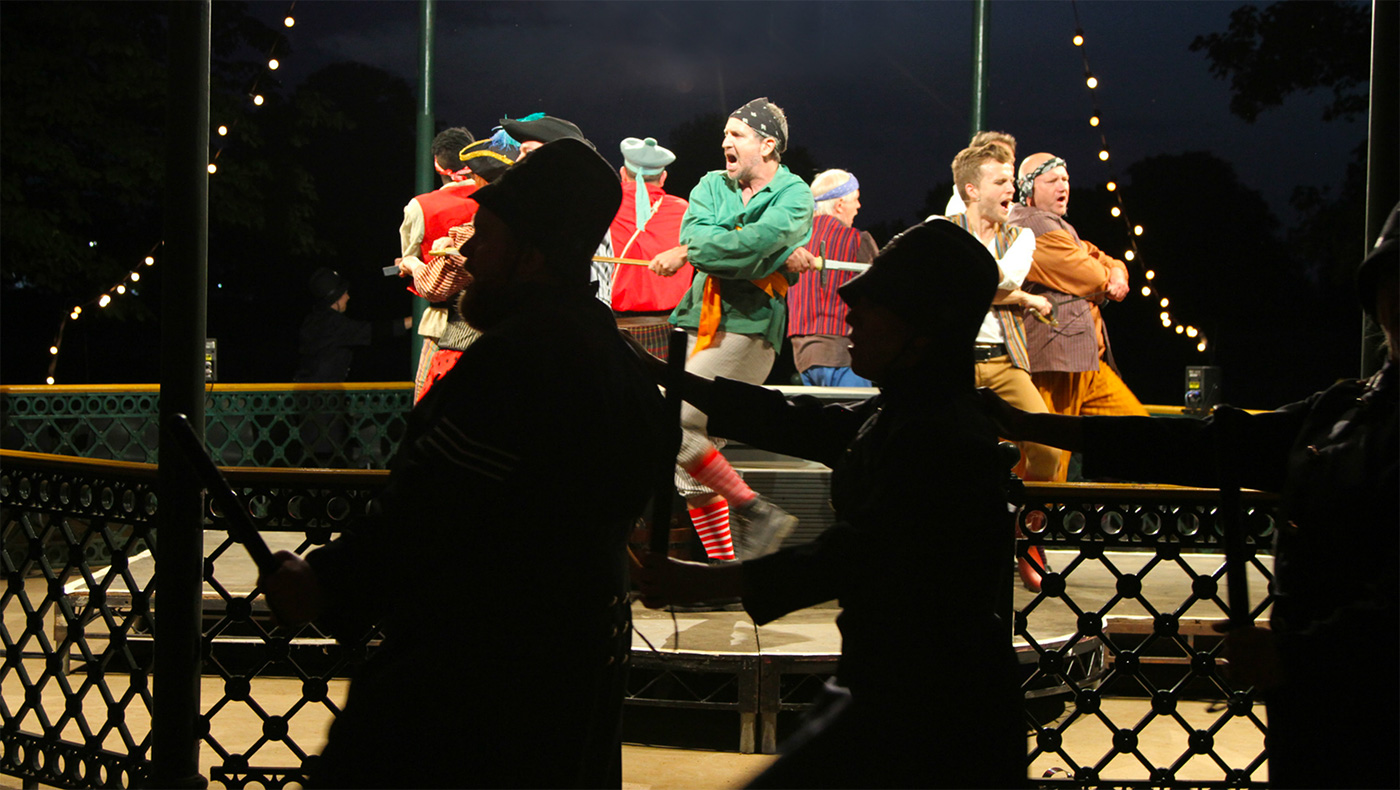 Thank you to Michael for chatting to the Croydonist. Michael has performed with CODA for 11 years, and is singing and dancing (a bit) in Spectacular Spectacular. He was a former committee member for seven years, including treasurer for five of them.

See the show at Braithwaite Hall, Croydon Clocktower, Katharine Street, from 7–10 November with evening performances at 7:30pm and a matinee on 10 November at 2:30pm. Book your tickets here.

Croydon’s creative makers and shakers take over Boxpark in May