WRONG SHOE IN THE FRONT ROOM

Theatre really seems to be amping up in Croydon. We’re nearing the end of an amazing festival for Croydonites this year with the likes of the otherworldly Döden from Sweden, Gill Manly and TV’s Joanna Scanlan’s specially commissioned and candid play, and of course Parabolic Theatre’s highly recommended immersive political experience. Meanwhile Croydon Theatre company Zoo Co is preparing their show Sirens for a UK tour in the summer, and bringing it home to Croydon this autumn. Then of course we’ve had several exciting announcements of theatre partnerships at the Fairfield Halls including Talawa, Savvy and Imagine ahead of it reopening in September as a state of the art theatre space. Croydon is definitely a buzzy place to be if you’re in (or indeed into) theatre. 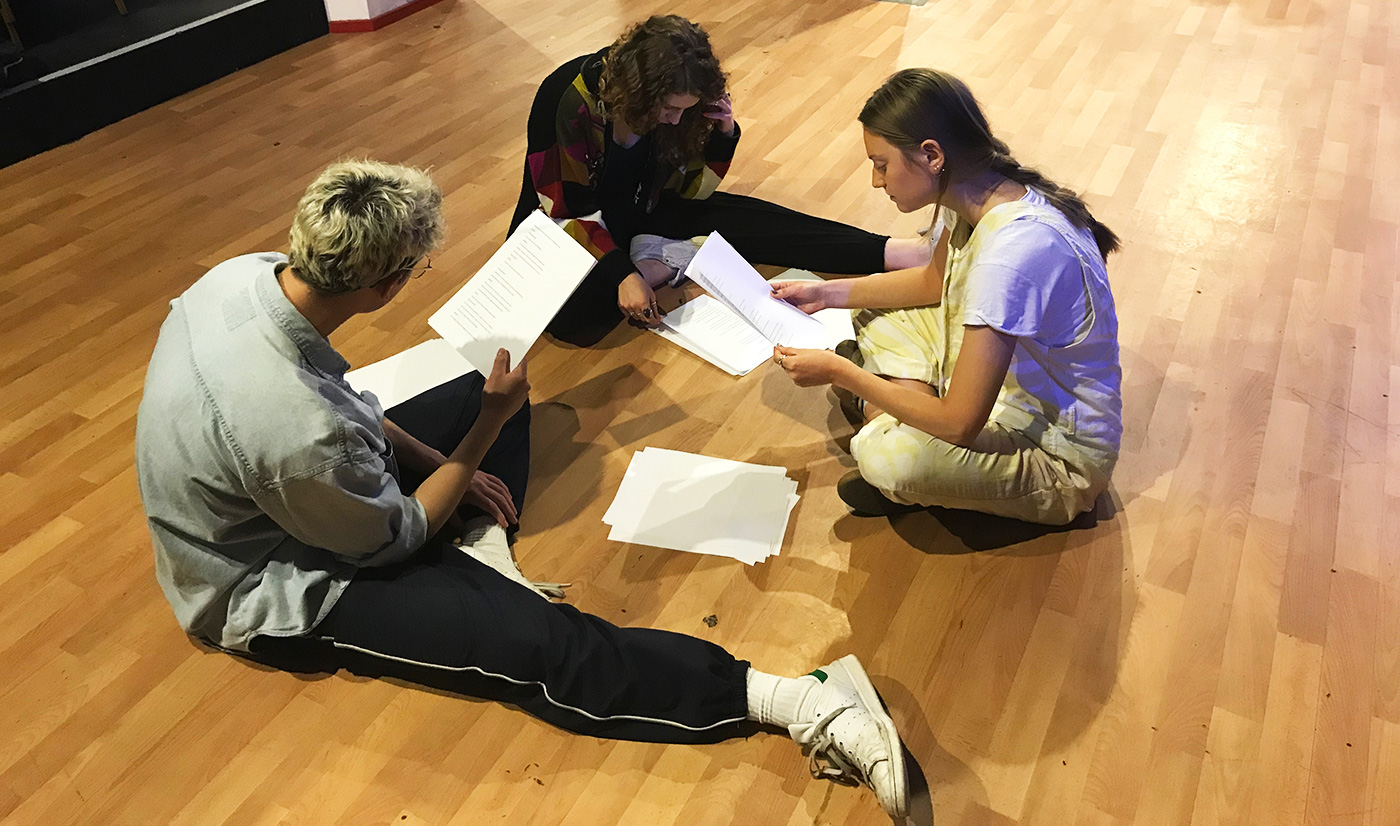 And there’s room for a whole lot more – you might remember last year we chatted to another emerging theatre company called Wrong Shoe, co-founded by Selsdon resident Michael Greenwood. Since then, the company have been busy putting on shows in emerging spaces in London such as The Bread and Roses Theatre in Clapham and the Old Red Lion Theatre in Islington. Now they have some very exciting news, as this Saturday (25th May) sees the launch of their residency in The Front Room on St George’s Walk, as well their theatre debut in Croydon.

Last week we popped by The Front Room after the company’s first rehearsal in the space, to catch up with Michael (who is Wrong Shoe’s artistic director) as well as to meet company composer and lighting technician Alfie Rackley. They gave me the lowdown on their inaugural evening at The Front Room. 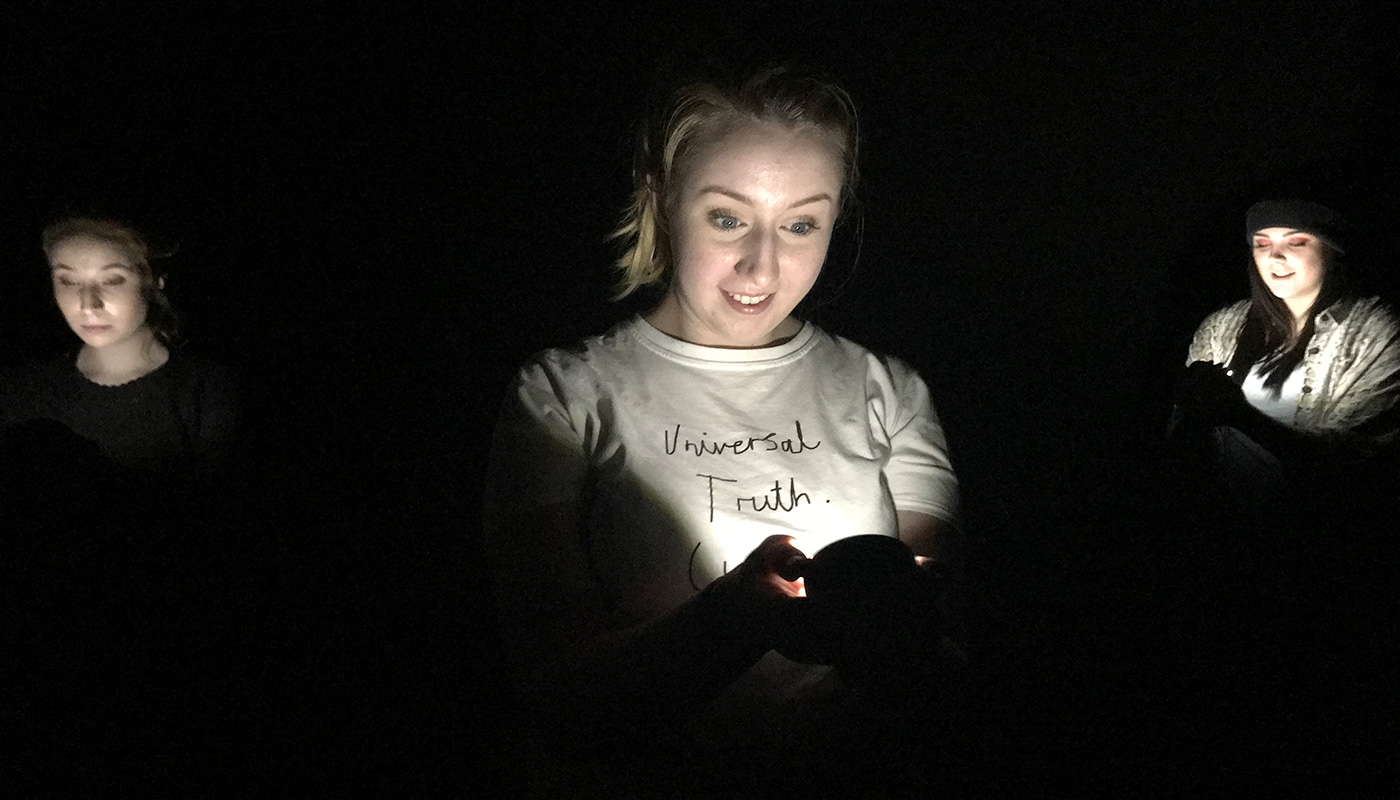 This Saturday sees Wrong Shoe present a scratch night showcasing work of four different writers. If you’re unfamiliar with the term ‘scratch’, think performances of new short plays in their raw state, so no elaborate costumes or sets, but actors trying out brand new work that hasn’t been performed publicly before. The plays and writers are:

‘In the case of Goldilocks vs. The Bear Family’ by Ollie Clark

‘The Feminists’ by David Hendon 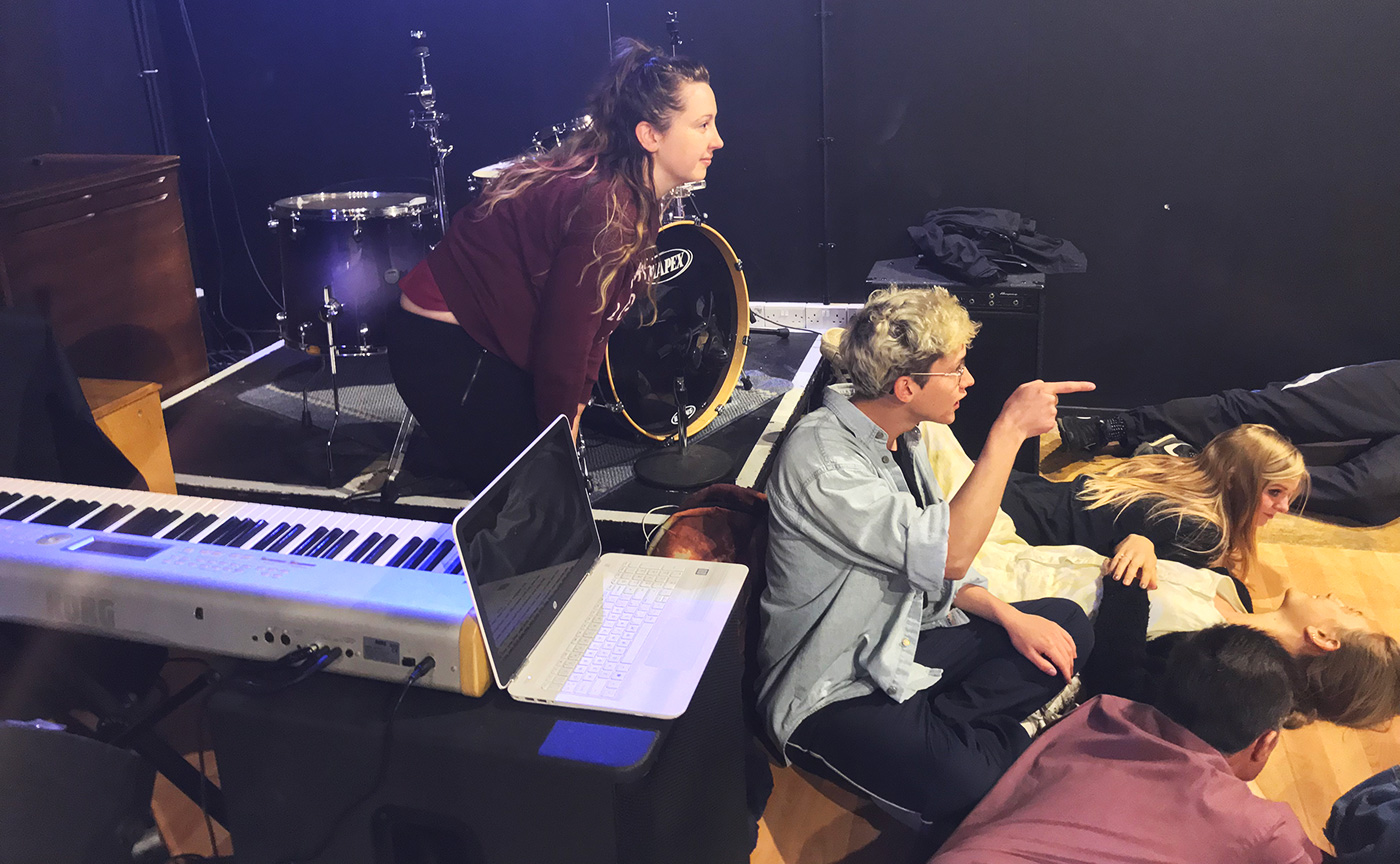 It promises to be a varied and interesting evening and it all kicks off at 6.30pm. We’re told the night will be a relaxed affair with a chance for drinks in between performances, as well as an ethos of ‘pay what you can’ rather than a set ticket price.

If you’d like to reserve a ticket in advance, please email wrongshoetheatre@gmail.com but there should also be some tickets available on the door.

Photos courtesy of Wrong Shoe Theatre Company. Cover image is from their Three Men in a Barrel show by Lorena

Do small businesses hurt more than they help?