#WeStandTogether: ​It’s the acts of kindness after tragedies which can mean the most

This post was first published by Croydon Advertiser on 23/o5/2017.

#WeStandTogether: ​It’s the acts of kindness after tragedies which can mean the most

Hope and solidarity – in the wake of any disaster, this is what prevails from the darkness as communities rally together to support anyone who has been affected.

After a suicide bomber set off an explosive at an Ariana Grande concert at Manchester Arena last night – killing at least 22 people, many of whom are expected to be children – kind residents opened up their doors to people stranded in the city, offering any kind of help that was needed to complete strangers.

The smallest acts of kindness can often mean the most, whether it is giving the emergency services refreshments or even posting tweets on Twitter like the ones being sent today with the #WeStandTogether hashtag. They bring a glimmer of hope when it feels like there’s only darkness.

Croydon saw its own dark day six months ago when a tram overturned at Sandilands, claiming the lives of seven people and injuring more than 50.

The circumstances are, of course, vastly different. However, Manchester will today be collectively mourning in the way Croydon did at the horrendous loss of lives taken in a matter of seconds.

Emergency services spent hours trying to save as many lives as possible when the two carriages derailed on November 9.

Perhaps one of the most life-affirming gestures after the Croydon tram disaster was when firefighters from Addington Fire Station who worked tirelessly in the torrential rain donated their earnings from the time they spent working at the crash scene to the fundraiser for victims. 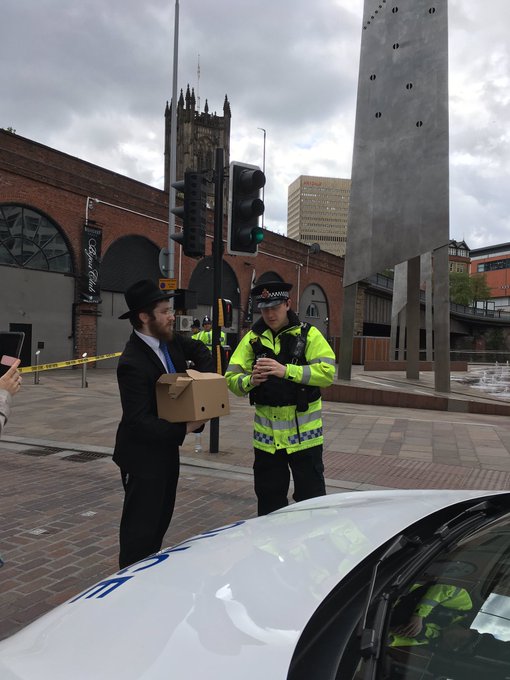 Nearby residents and schools on Addiscombe Road also opened up their own doors to help in anyway.

One grandmother was bringing supplies of sandwiches to emergency services, allowing them to step inside for just a minute to stay warm or refresh themselves before going back to the scene.

Fennies Nursery, in Addiscombe Road, and Trinity School, in nearby Shirley Park Road, opened their doors to those who were working to rescue passengers from the derailed tram.

McDonald’s, in George street, gave away hundreds of teas and coffees to help officers and the Salvation Army offered food alongside other businesses in the area, with police praising their “exceptional community response“.

In the weeks after the tragedy, an astonishing £95,000 was raised for the victims, their families and anyone else affected by the tram crash and hundreds of flowers and tributes were laid near Sandilands and at New Addington, where many victims were from.

Last night, as the horror of what happened at Manchester Arena began to unfold, stories highlighting similar acts of kindness began to emerge.

Greater Manchester Mayor Andy Burnham thanked the people of Manchester for their solidarity.

Regional newspaper the Manchester Evening News started a fundraising page and smashed its £5,000 target in under an hour.

Within two hours, more than £36,000 was raised, with the total only increasing by the minute.

The pain will never heal. But we can do our best to help those grieving through this traumatic time.

As the coming days bring more heartache, Manchester, and the rest of the country, will do the same in remembering the innocent adults and children who needlessly had their lives taken away from them last night.

The nearest beaches to Croydon and South London